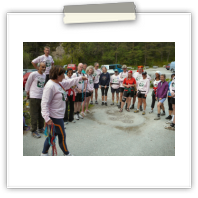 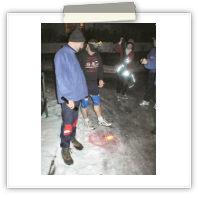 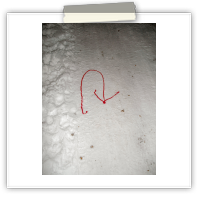 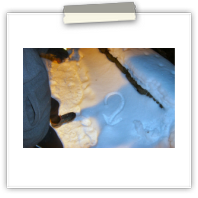 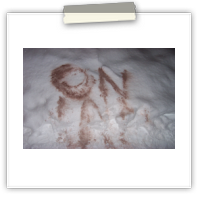 CHALK TALK
Shown below are some of the signs used to mark BH3 trails. We very seldom have live hares; usually the hare lays the trail beforehand and runs with the pack. The trails are usually marked with flour, but on some occasions other ways of marking the trail have been used:

MARKING (OR LAYING) A TRAIL 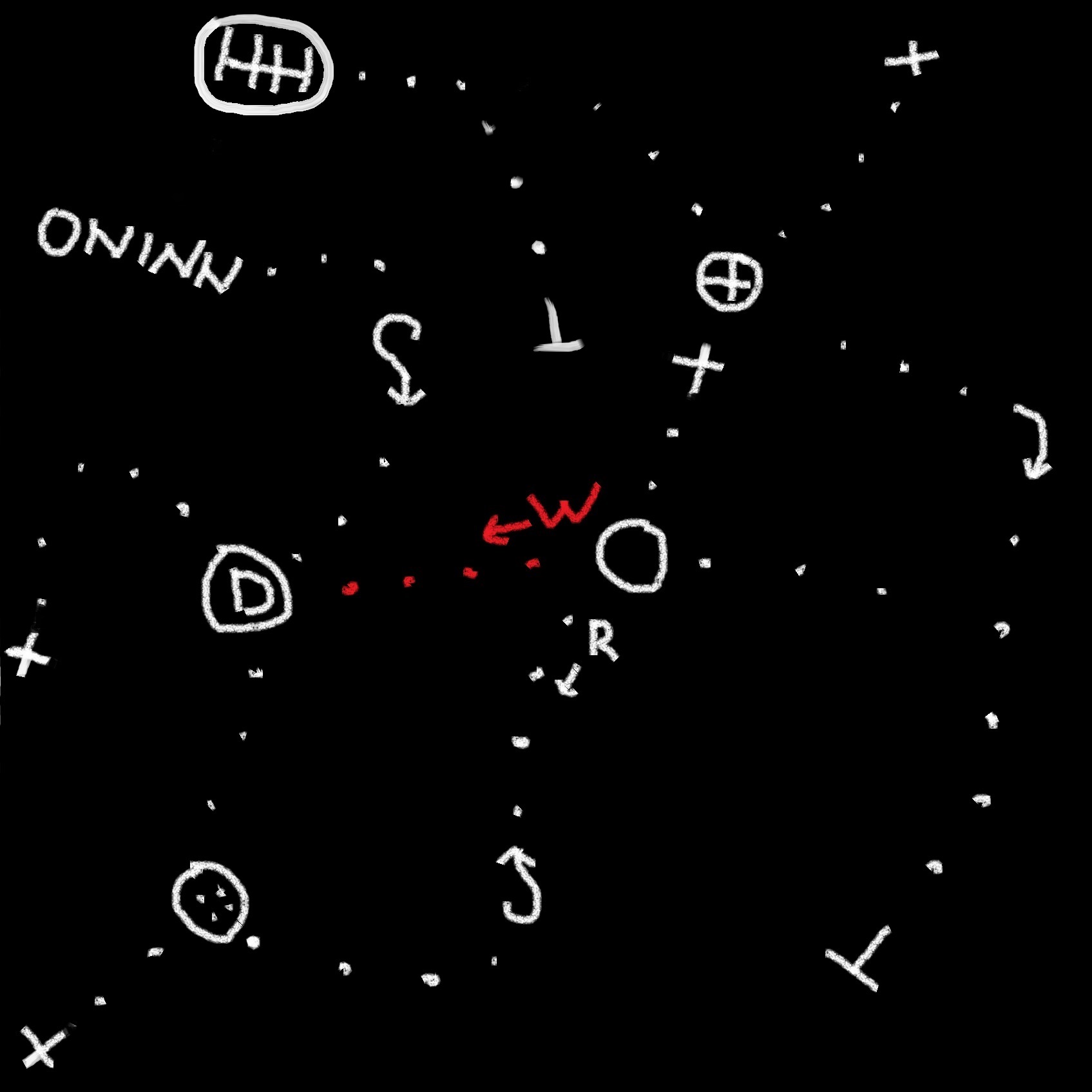 Each hare has his or her own "style" and length of trail usually depending on the season. Between spring and autumn hares usually lay trails outside built up areas, i.e. in the forests and mountains surrounding Bergen whilst during the winter the trails tend to be in more urban areas of Bergen.

Drink stops
Runs are anything between one to two (or sometimes more) hours long. Drink stops are very important on runs, although over the years there have been a few infamous trails WITHOUT any drink stops at all! Drink stops can either be a mobile affair, i.e. the hare(s) make sure the supplies are either carried by the pack or hidden somewhere along the trail beforehand, or the drink stop can be in a pub somewhere along the trail. Pubs are usually used on runs in urban areas because Norwegian law prohibits hashers from drinking alcohol in public places.

Run types
The hare(s) decide whether the run is an A-to-A run (starts and finishes at the same place) or an A-to-B run (starts and finishes at different places). A great majority of runs are for practical reasons A-to-A runs. A-to-B runs are usually used on events, e.g. the Killer Hill run where hashers are transported to the start and picked up again at the end of the run. On A-to-A runs, the start and end of the run are usually not in exactly the same place and there is usually no marked trail from the end (the 'ON INN') back to the start.

Some hares mark the start of the trail with 'HHH' as shown above, although this is not very usual. The end of the trail is marked by an 'ON INN' (ON to the INN) although some hares cannot spell and write 'ON IN'.

As of late with the average age of the pack slowly increasing, there are usually runner and a walker trails, where the walker trail is often shortcuts along the runner trail. The splits between the two trails are sometimes marked with W (walker) and R (runner).

Mark the trail using flour
Trails are usually marked with flour (the walkers trail is highlighted in red above but not in real life). A few times, as described and shown above, other ways of marking the trail have been used.

Some hashers have a very sophisticated way of marking the trail: they punch holes in the bottom of the tin that a whisky bottle comes in, fastens it to a pole, fills it with flour and marks the trail by striking the ground with the tin (image right). Others dip a tennis ball in flour and "bounce" their way through the trail. Yet others fill empty water bottles with flour and mark the trail by "squirting" flour through a hole in the cork. This is by far the "cleanest" way to mark a trail on wet and rainy days. However, most hashers just carry a bag of flour and drop blobs of flour thereby marking the trail.

Hare vs. Live hare
Trails are as a general rule marked before the run starts and the hare(s) run with the pack. Now and then, a hare might decide to do a bit of "live haring", i.e. to set off a few minutes ahead of the pack and mark the trail whilst running. This offers a few opportunities to the pack:

In conclusion
As long as there is at least one DRINK-STOP on the run, the hares can get away with almost anything with regards to the trail and markings.


Last but not least - the markings
Most of the markings used on BH3 runs are shown below.