×
Go to content
Shortcuts to the True Trail
What is Killer Hill?

The Killer Hill is now FULLY BOOKED!
You can still register but you will be added to the WAITING LIST!

We have space for 55 Hashers at the 2022 Killer Hill Weekend
So far 62 Hashers have registered
UPDATING KILLER HILL REGISTRATIONS
If you want your registration updated - or cancelled - please drop a line with all relevant information to the Killer Hill contact e-mail address. An alternative is sending an e-mail to the Grand Master.
Please note that all times below are approximate and might be adjusted if need be during the Killer Hill Weekend!

Lyderhorn is the westernmost of the seven City Mountains. It has a characteristic shape and has long been used as a navigational mark for vessels sailing along the coast off Bergen. In the middle Ages it was also one of the places in Norway where witches would gather on Walpurgisnacht and Midsummer Eve.

Among the trails leading to the summit, perhaps the easiest (and certainly the longest) trail starts at NUTEC and leads through the abandoned costal fortress at Kvarven. The other six City Mountains are all visible from Lyderhorn, and on clear days it is possible to see oil installations far out in the North Sea, as are the mountains and glacier Folgefonnen in Hardanger to the east. 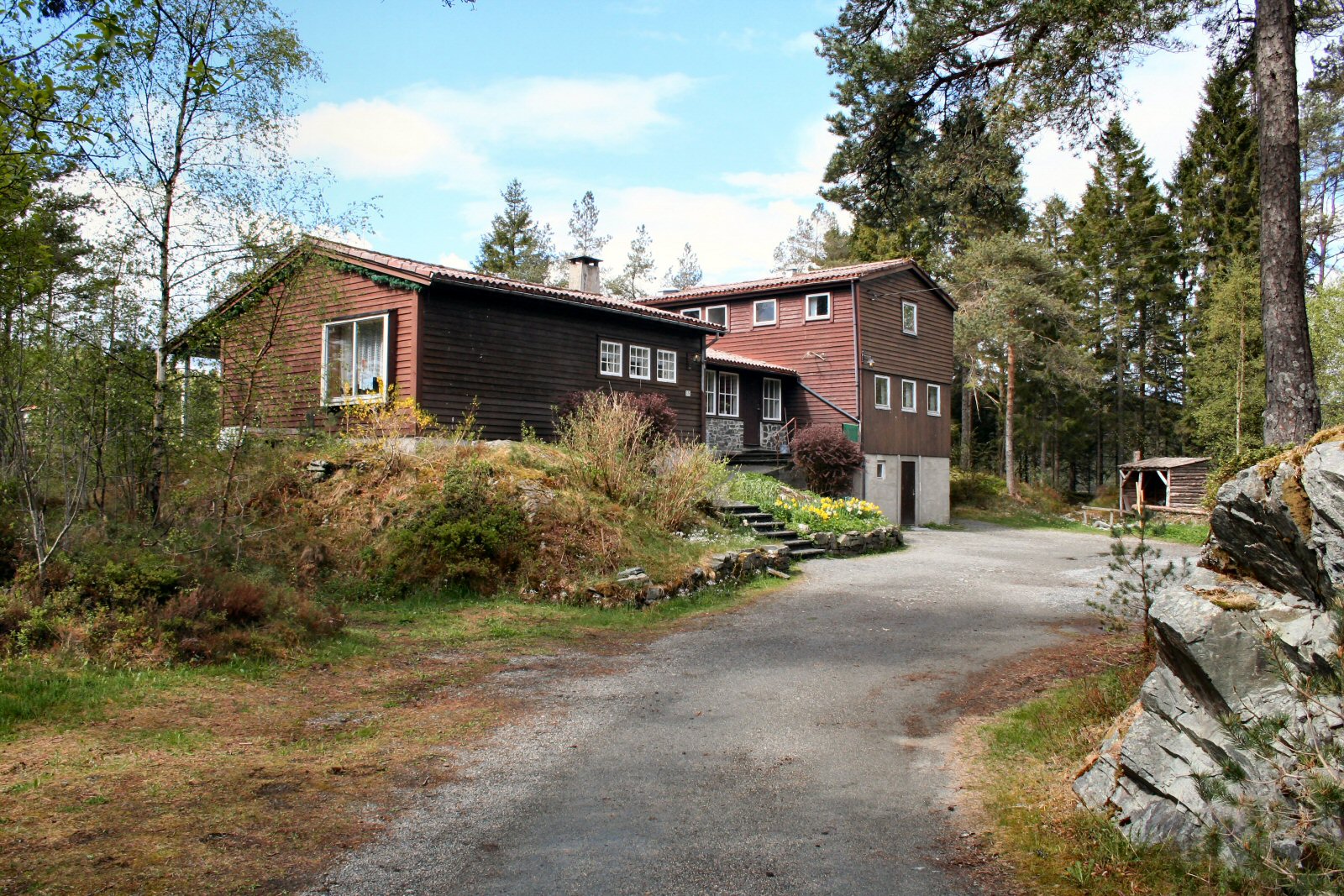 The 2022 venue is a cabin rented from a Bergen youth organisation, i.e. nothing grand, which is located at Grimseidvegen 375, 5239 RÅDAL. This is the same venue we have been at since 2006, so returning hashers will know what is awaiting them.

All hashers will have crash space somewhere at the venue from Friday to Sunday. For the 2022 Weekend, there will be a committee in charge of bed-allocations on a first-register-first-serve basis for visiting hashers. Any free beds after the registration has closed will be allocated local hashers on a first-register-first-serve basis. All beds have mattresses and some beds even have duvets and pillows. You will need to bring a sleeping bag and it is also worth considering bringing your own bed linen to cover the mattress. Please note that there is no bedding rental service at the venue. You will need to bring a towel if you plan to shower or go for a swim in the ocean/fjord during the Weekend.

Local hashers and any hang-around will camp on the lawn next to the cabin if there are not enough beds to go around. Click on the picture (right) for an overview of where tents can be pitched. 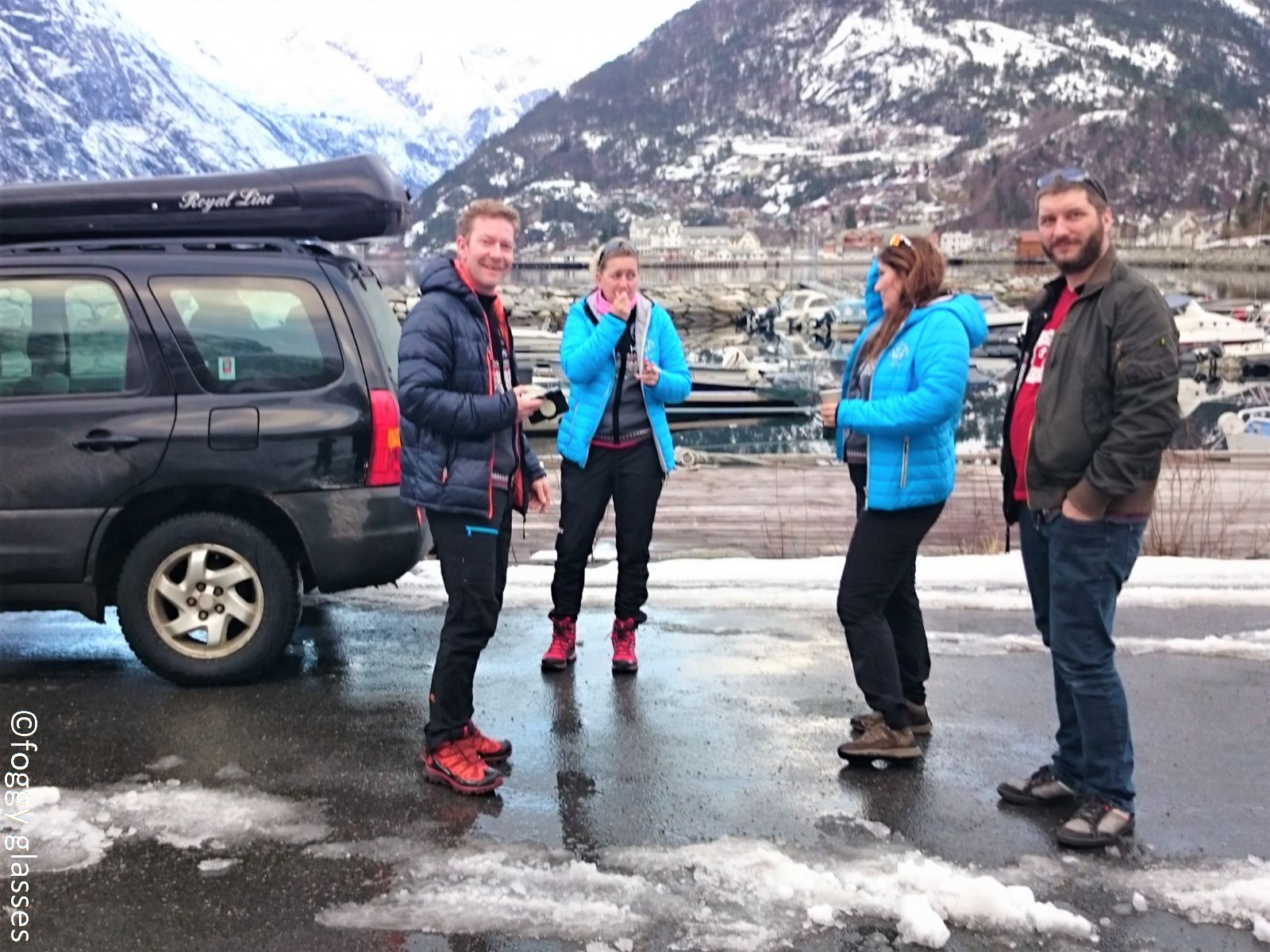 The roads leading to the venue are narrow and winding and in most places not wide enough for two cars to pass. If you drive from the City Centre, this LINK shows the approx. 4.9 kilometre route from LAGUNEN, a shopping centre just over halfway between the City Centre and the Airport. This LINK shows the approx. 4.9 kilometre route if you are heading to the venue from the general area around the Airport.

Please note that the lane leading to the venue is closed off by a barrier which cannot be opened until we receive the key to the venue, usually on (pub-crawl) Friday. There is no organised transport from the venue to the City Centre on Friday. To get to town by public transport, you can try either to hitch a lift to the nearest tram stop (approx. 4.8 kilometres from the venue) from a hasher with a car at the venue or walk to the nearest bus stop (approx. 1.2 kilometres from the venue) to catch bus #53 to Birkelandsskiftet where you change to the tram heading into town. There is a bus stop a bit closer to the venue where bus #65 stops, but it used to have a very patchy service and not really worth considering.

If you do not have the local bus company's app installed on your mobile phone, you can (probably) purchase a bus ticket (at a price) from the driver. Check "Public transport from the airport" (below) for details about tickets. 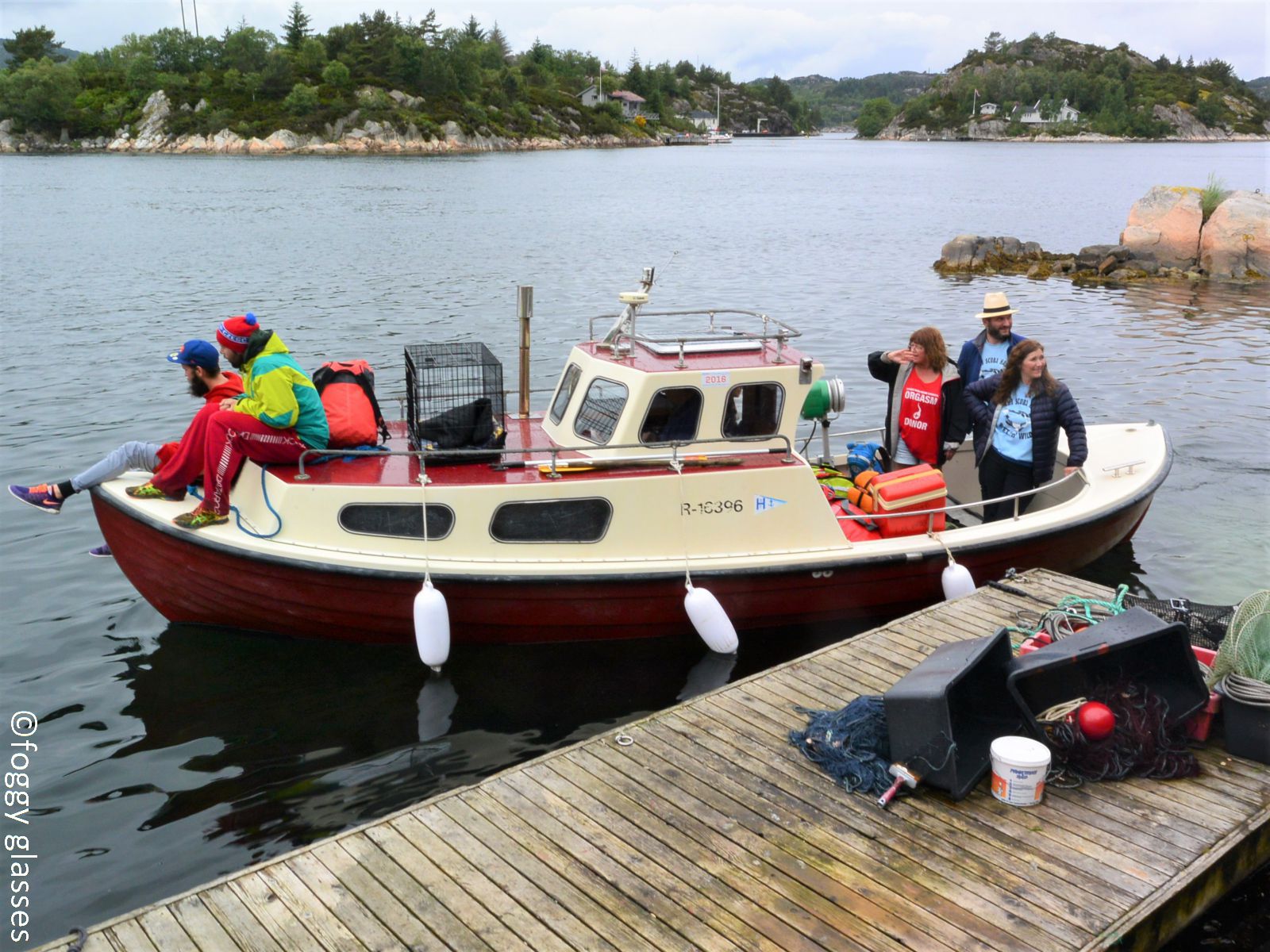 If you travel either by Hurtigruten or the ferry from Hirtshals in Denmark, you arrive at Nøstekaien, which is approximately 725 metres from the kick-off meeting point.

If you travel by express boat from different parts of the West Coast of Norway to Bergen, you will arrive close to the City Centre at Strandkaiterminalen, which is also approximately 725 metres from the kick-off meeting point. 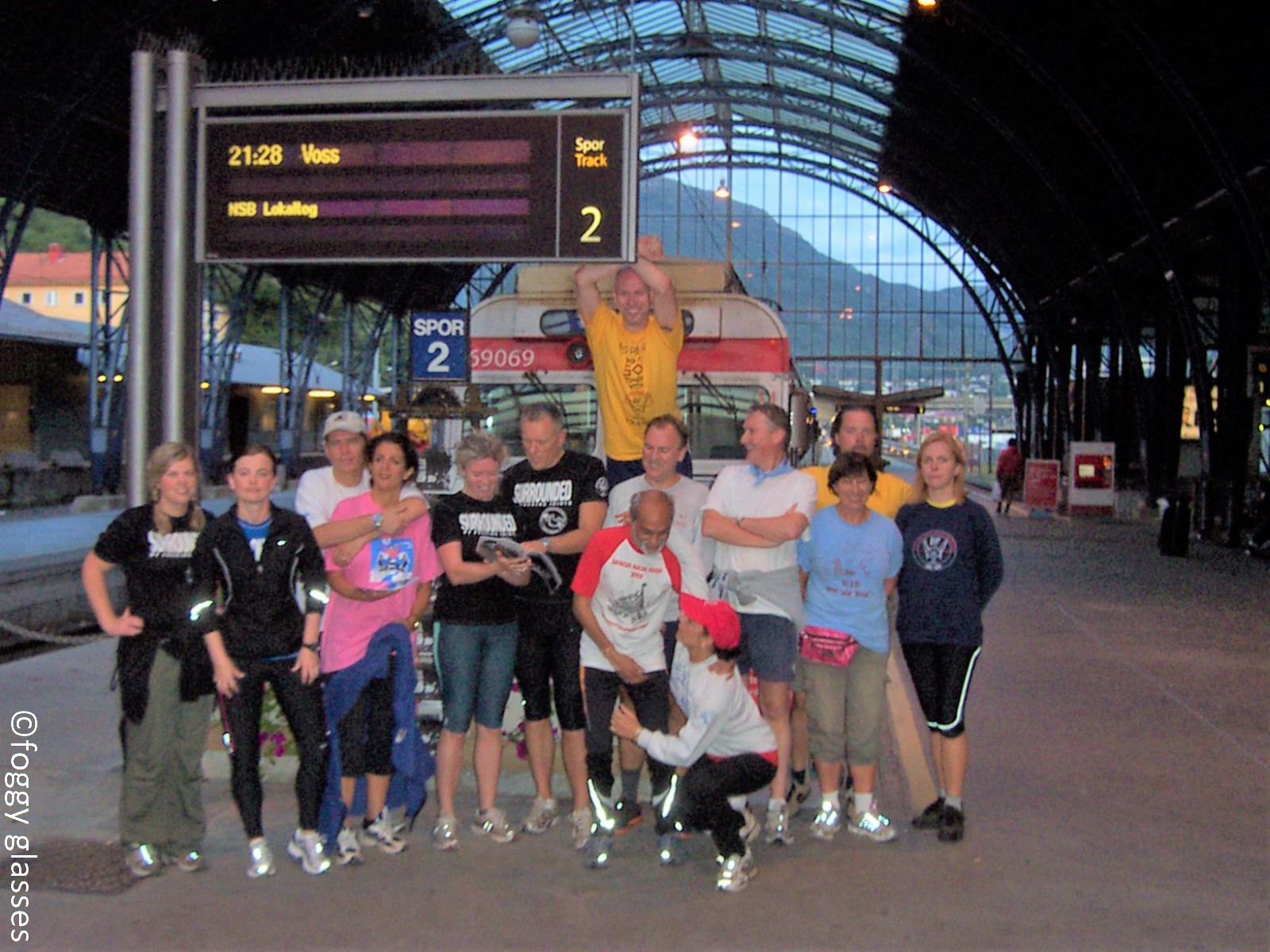 If you travel to Bergen by train or by bus, you will arrive in more or less the same part of the City Centre, either at the main railway station (1 on the map) or next door at the central bus station (2 on the map). They are approx. 820 metres from the kick-off meeting point (3 on the map). 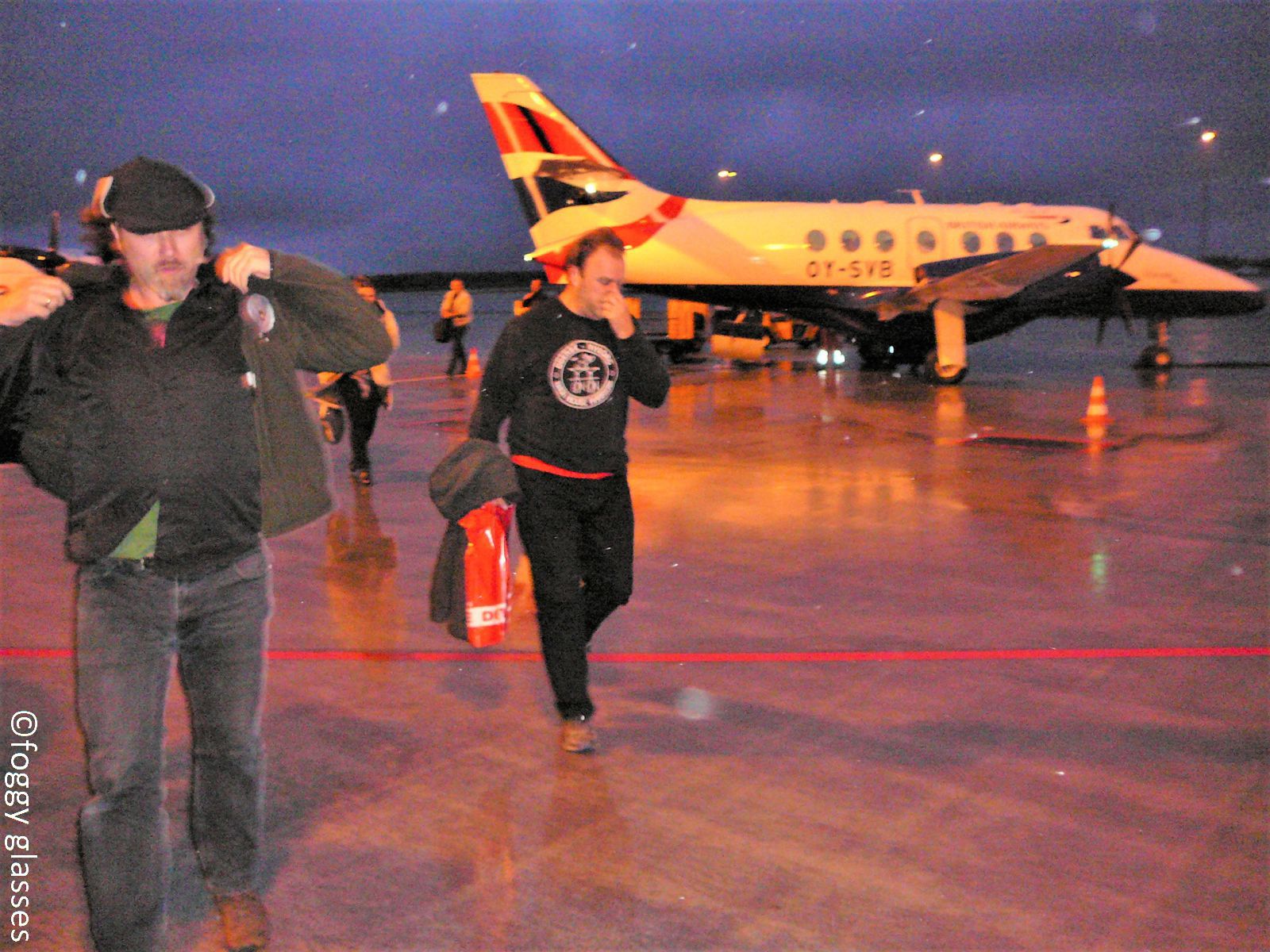 Flights arrive at Flesland flyplass located approx. 17 kilometres to the south of the City Centre.

As a rule, we advise visitors arriving on Friday to head for the City Centre rather than heading for the venue. Although the venue is only approximately 6 kilometres from the airport: 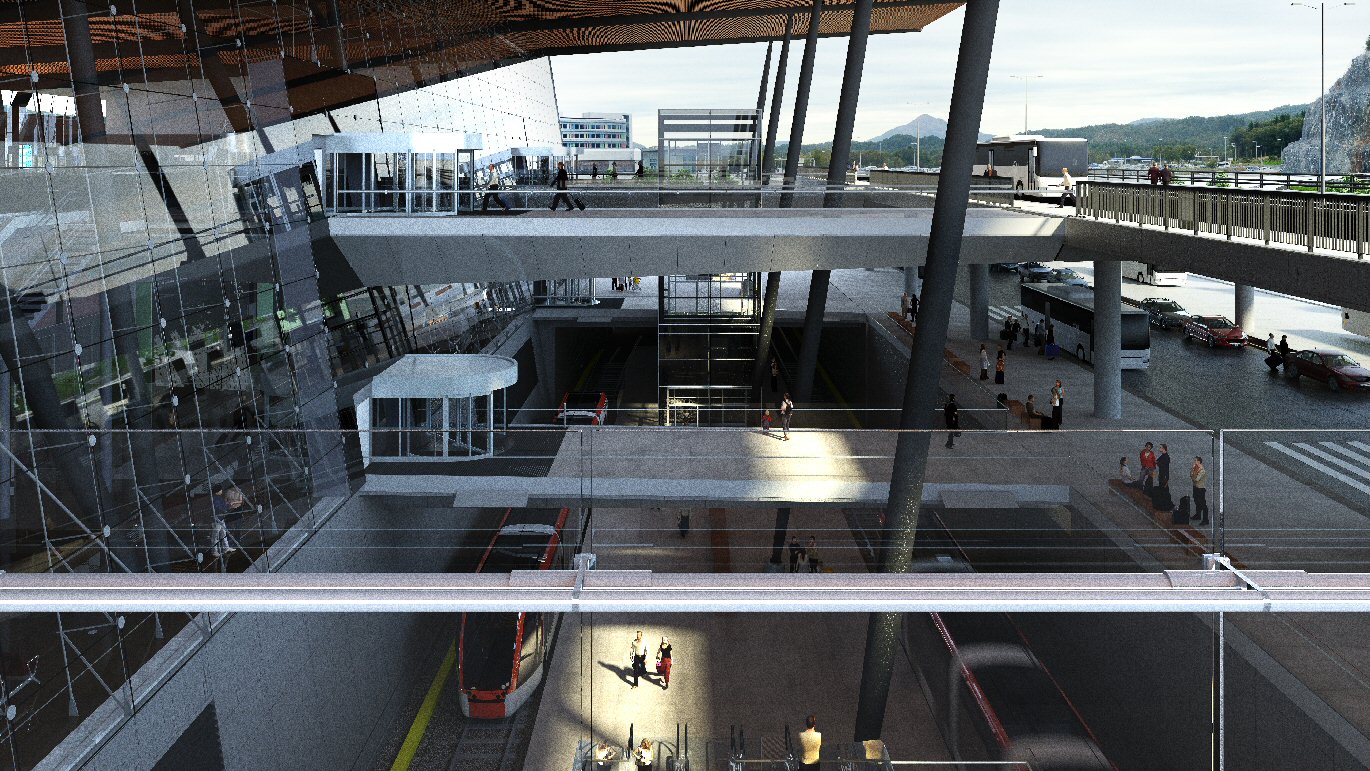 A tram station is situated one floor below ground level in the terminal forecourt. The journey between the Airport and the City Centre takes approx. 44 minutes by tram and trams run between 5:45 a.m. and 4 a.m. depending on day of the week. Check the timetable (in Norwegian) HERE for more details.

There is a local bus service to/from the Airport but this is not recommended because it (probably) takes longer than the tram and you must change buses at least once, and all for the same price as taking the tram.

An Airport Express Coach stops just outside the terminal building. See below for more details.

Tickets for trams and local buses 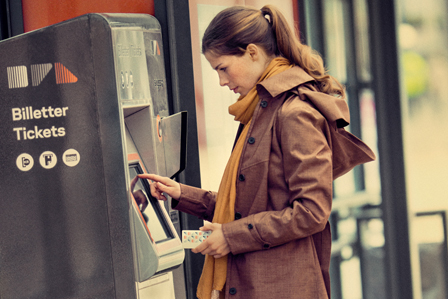 Ticket vending machines found at all tram stations and at some bus stops, only accept coins and credit cards. You can buy all ticket types from the driver if you have a Skyss Travelcard. Drivers accept cash but not bank cards. Single tickets purchased from a ticket vending machine or by using the bus company's app ("Skyss billett") costs NOK 39. The app probably only works if you have a Norwegian bank account and a mobile with a Norwegian phone number. Please note that you CANNOT buy tickets on trams, they have to be purchased before boarding the tram. Please also note that a ticket is only valid for 90 minutes after purchasing - SO - you cannot stock up with single tickets for the whole weekend. Once on the tram or bus validate the ticket by holding it against a ticket reader found near the doors, until it beeps, chuckles and happily flashes green lights at you. Anyone without a valid ticket is liable to be fined NOK 950 if you pay on the spot or NOK 1150 if you choose to pay later. 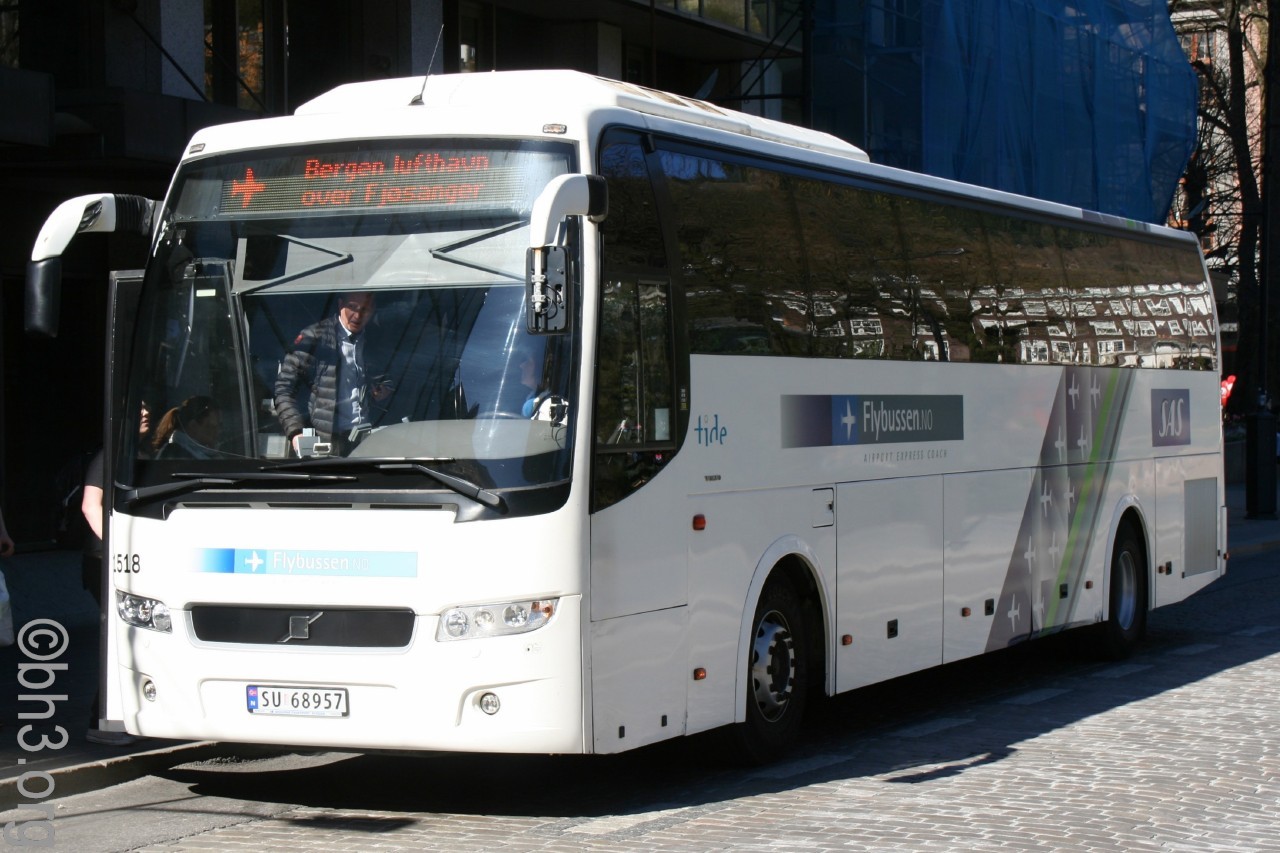 Taxis
Last but not least, you can catch a taxi from the taxi rank just outside the main terminal building at the airport to the City Centre (at a price). 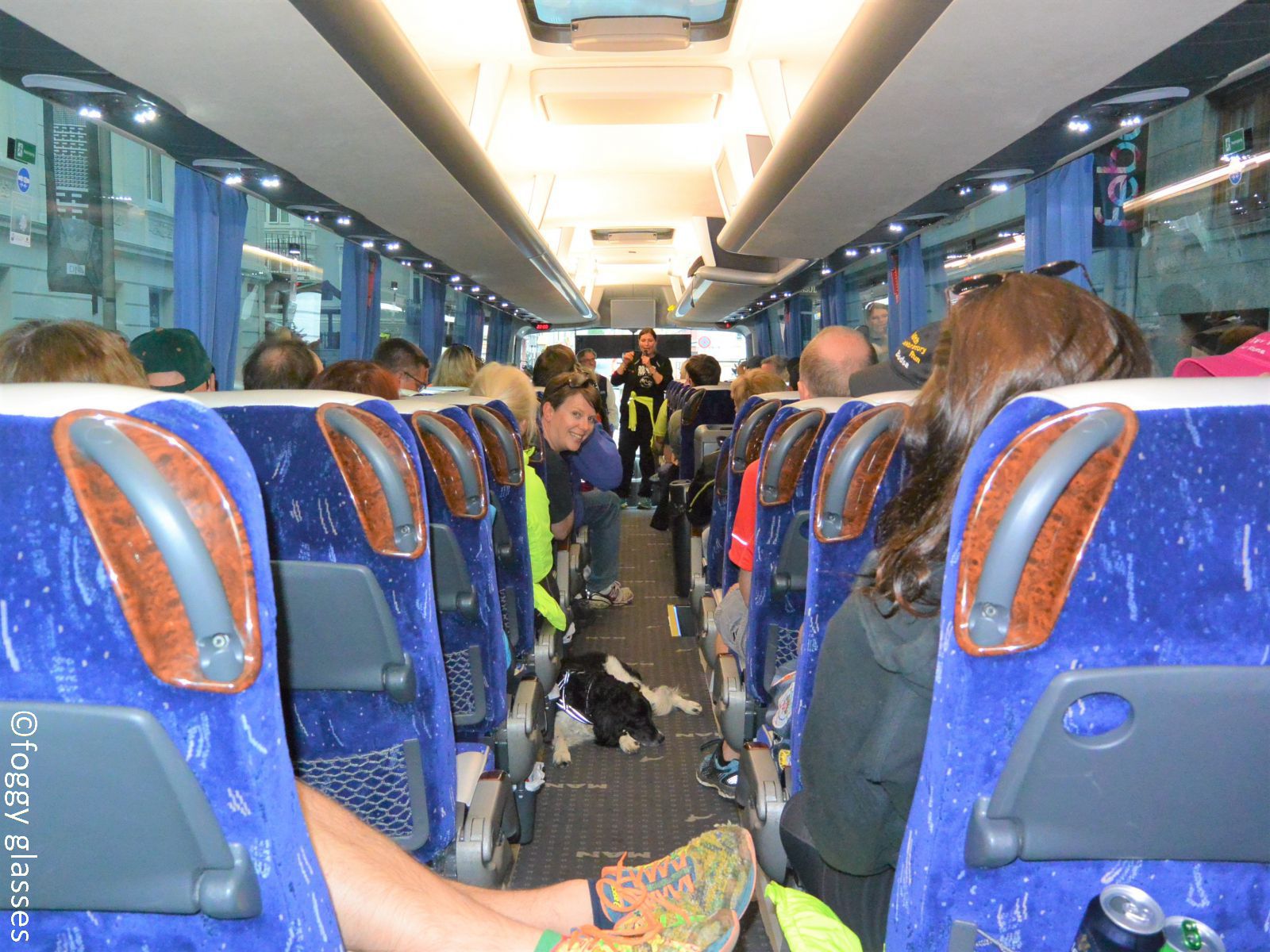 There will be transport after the Friday pub-crawl from the City Centre to the venue. The bus departs from the kick-off meeting point at approx. 10:00 p.m. following the pub-crawl, which will be an A-2-A run. The bus usually departs on time so do not be late otherwise, you could be left behind!

On Saturday, there will be transport from the venue to and from the Killer Hill run.

Please note that the weekend fee does not cover the cost of the taxis. 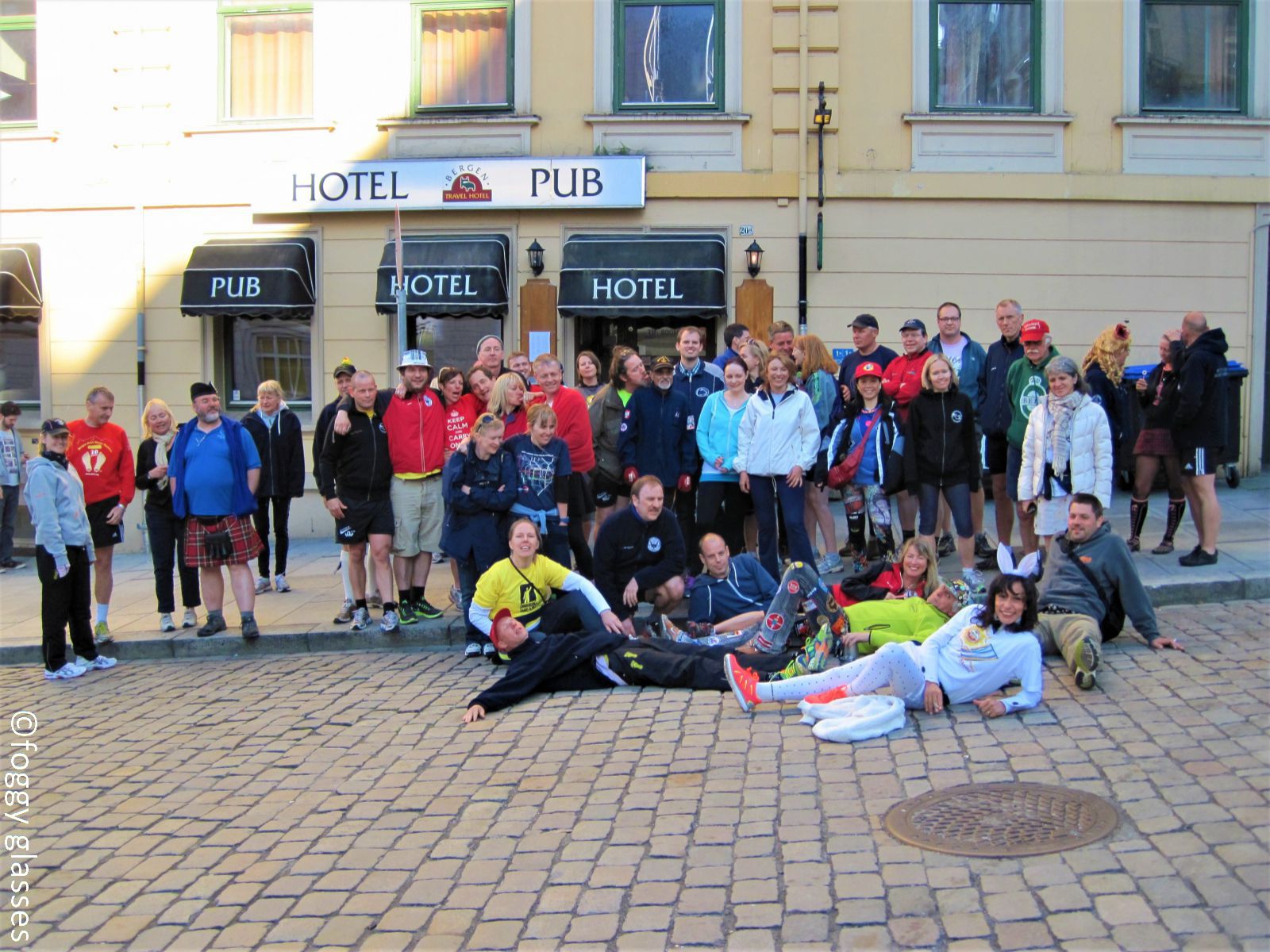 In the time-honoured Killer Hill tradition, the weekend meeting point is at 'Huset Pub' in Bergen Travel Hotel located in Vestre Torggaten 20A. Gather in the pub from 6 p.m. on Friday 27th May, although thirsty hashers can turn up whenever they like after 12 a.m., when the pub opens!

A local hasher knows the staff and on previous weekends has arranged storage of luggage in the pub cellar from 6 p.m. for Friday pub-crawl Hashers who head for the Pub loaded with luggage. Hopefully, the same will be possible this year.

The Friday evening registration at the venue is a relaxed and laid-back affair. We intend to have names on doors and a list at the information desk showing where everyone is billeted. Hash Cash usually sets up shop on Saturday to complete any outstanding transactions and our Haberdasher hands out the weekend goodies in time for the Saturday run.

All hashers will have crash space somewhere at the venue from Friday to Sunday, either in a bed or in a tent. Because there are fewer beds than participants, all BH3 hashers and visiting late-cummers will be in tents. A symbol (a bed or a tent) on the Who's Cummin list shows where you will be billeted at the venue. 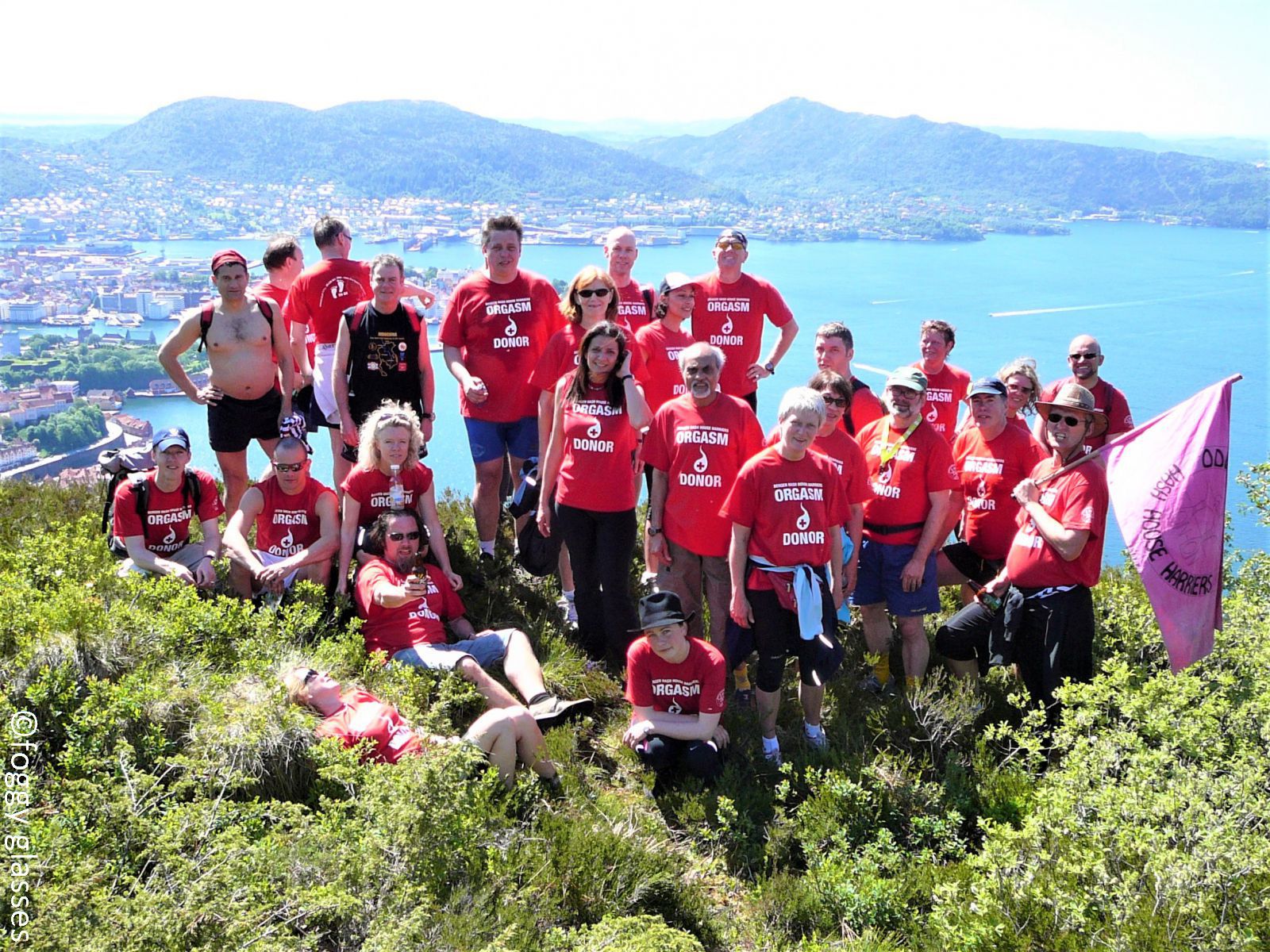 This is what we are all here for - we vacate the venue at approx. 10:30 a.m. on Saturday and head for a bus stop 600 metres from the venue where a bus will be waiting for us. The bus will drop us off at the start of the run.

Hashers prepare their own packed lunch Saturday morning, and together with any water and change of clothes, carry it themselves on the run. We eat lunch at the second drink-stop, usually on the Killer Hill Mountain summit. As of late, the hares have distributed the drink-stop beer among hashers to carry on the run. 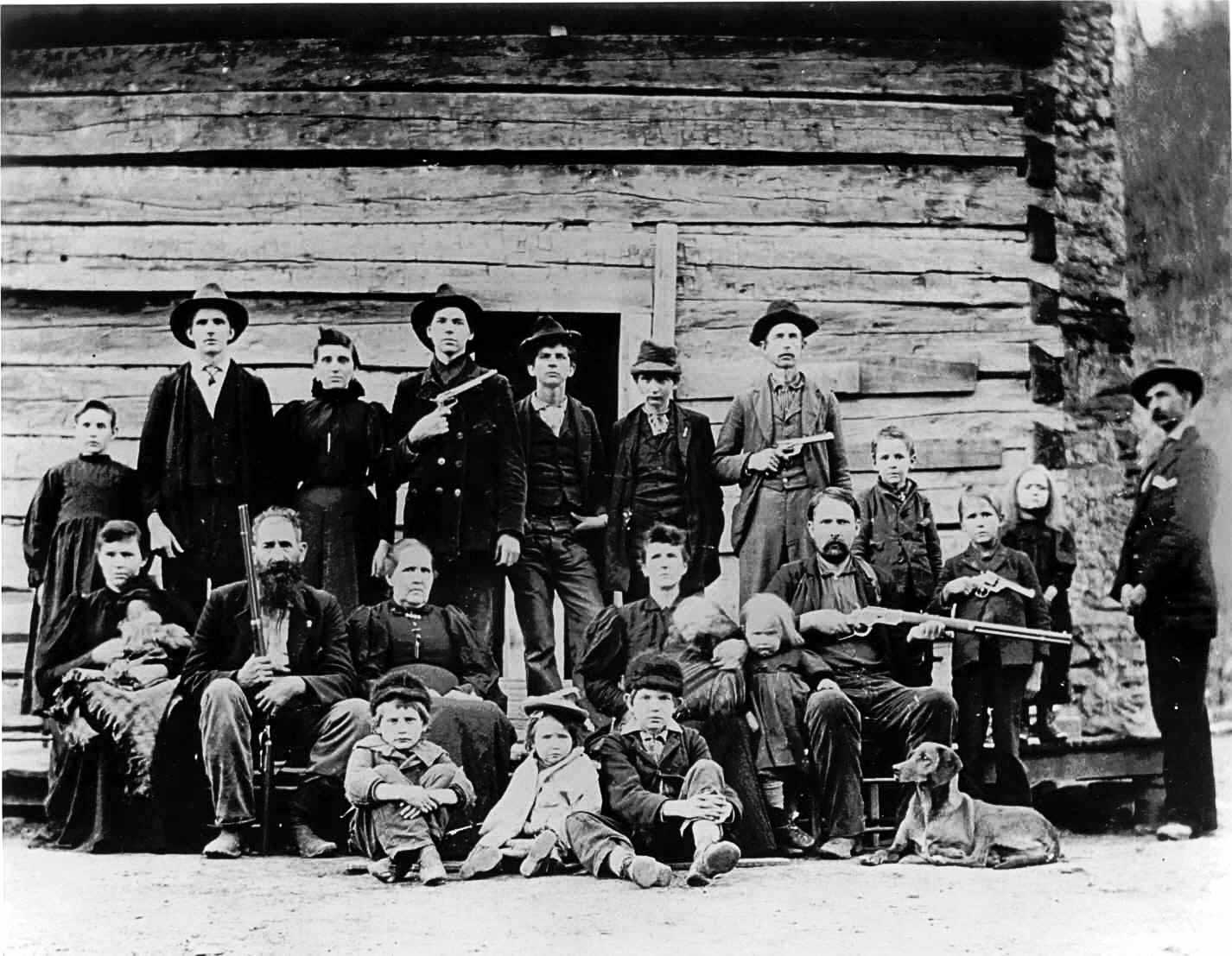 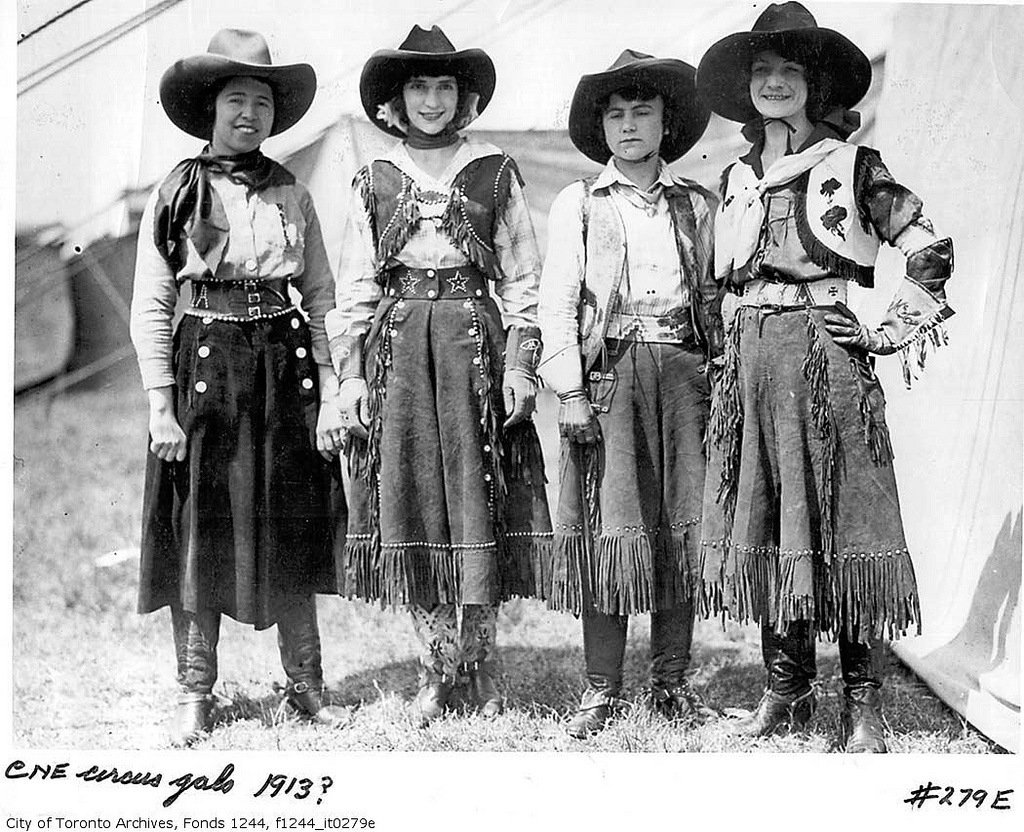 So ... the Winner is Cowgirls and Hillbillies
Sleeping bag 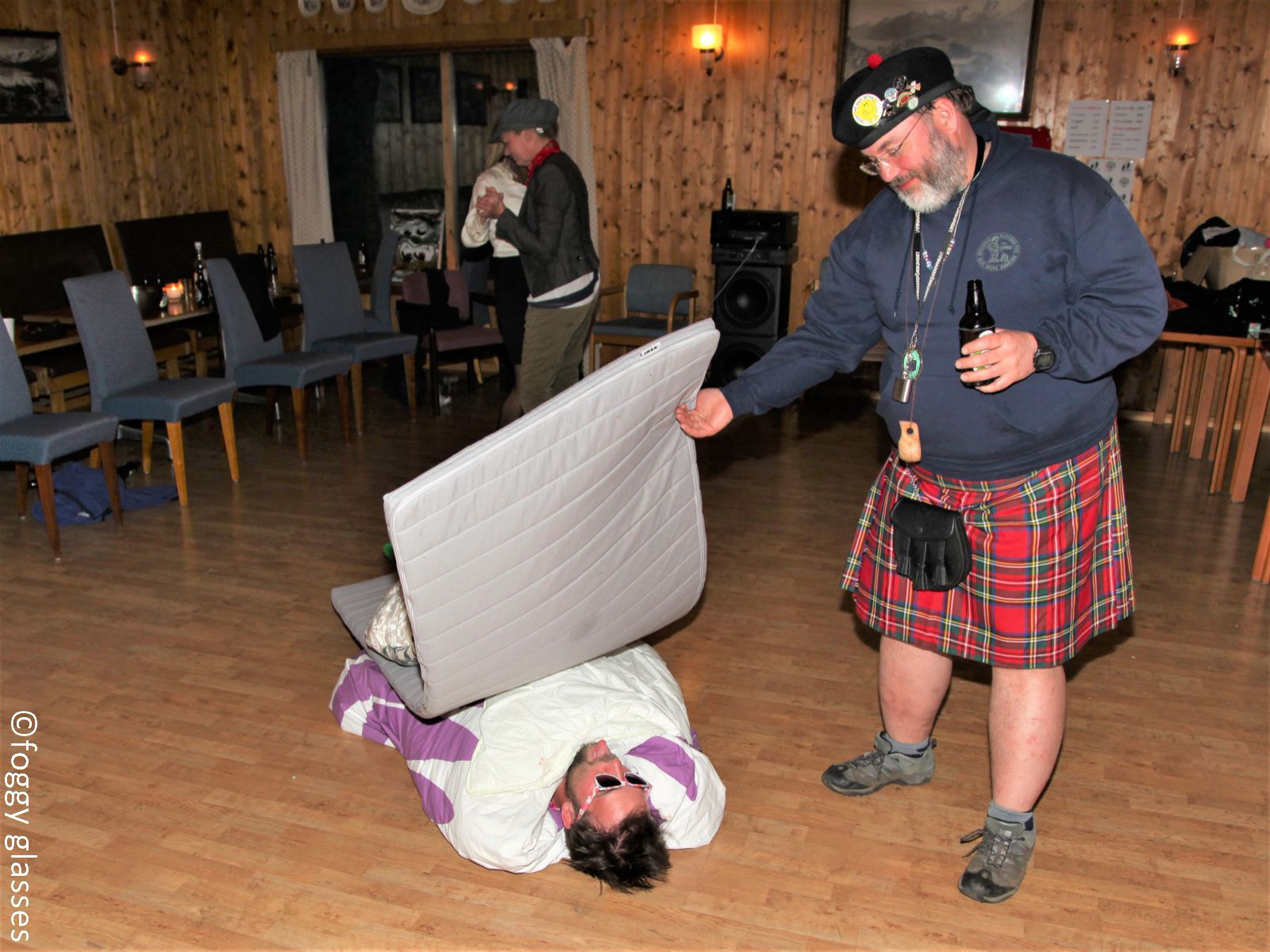 All beds come with mattresses but no duvets or pillows. You will need to bring a sleeping bag and it is also worth considering bringing bed linen to cover the mattress. Please note that there is no bedding rental service at the venue. You will certainly need your sleeping bag if you are in a tent!

Rucksack
If you think you will carry items on the run, e.g. change of clothes, water, packed lunch etc., it is good idea to bring a light rucksack with you.

Other essentials
You will need to bring a towel if you plan to shower or go for a swim in the ocean/fjord during the Weekend. Some would say Norway is rather archaic regarding what can legally be brought into the country. Check the official list HERE. 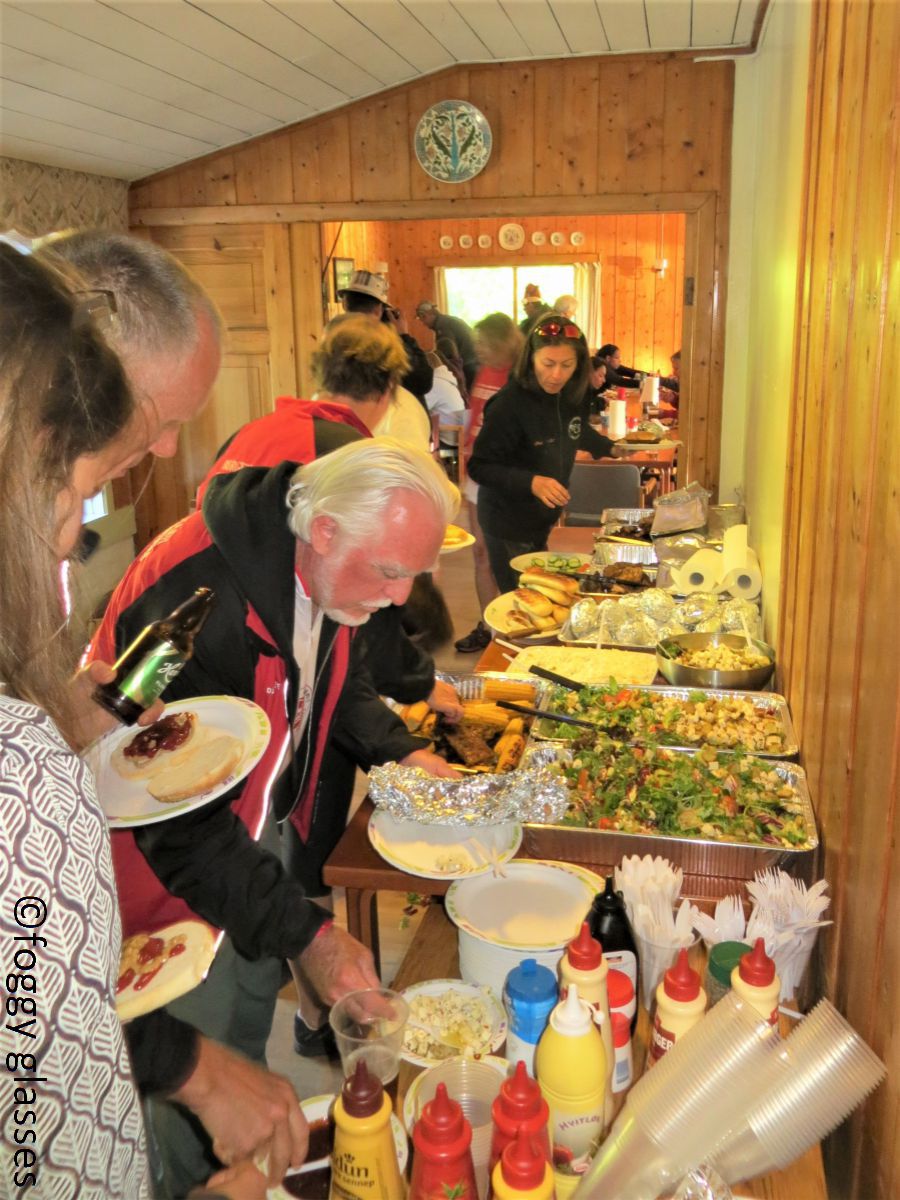 Any food preferences or allergies included in the registration form will be passed on to the Kitchen Committee to help them plan the Weekend nosh.
Date
SunriseSunsetSunshine
Friday 27th May4:41 a.m.10:31 p.m.17:50
Saturday 28th May4:39 a.m.10:33 p.m.17:54
Sunday 29th May4:37 a.m.10:35 p.m.17:58
Bergen has a reputation as being rather damp, which of course is a blatant lie. Keep abreast of the Killer Hill Weekend weather by checking the long-term (9 days) forecast HERE. If you let statistics rule your life, then check this site. 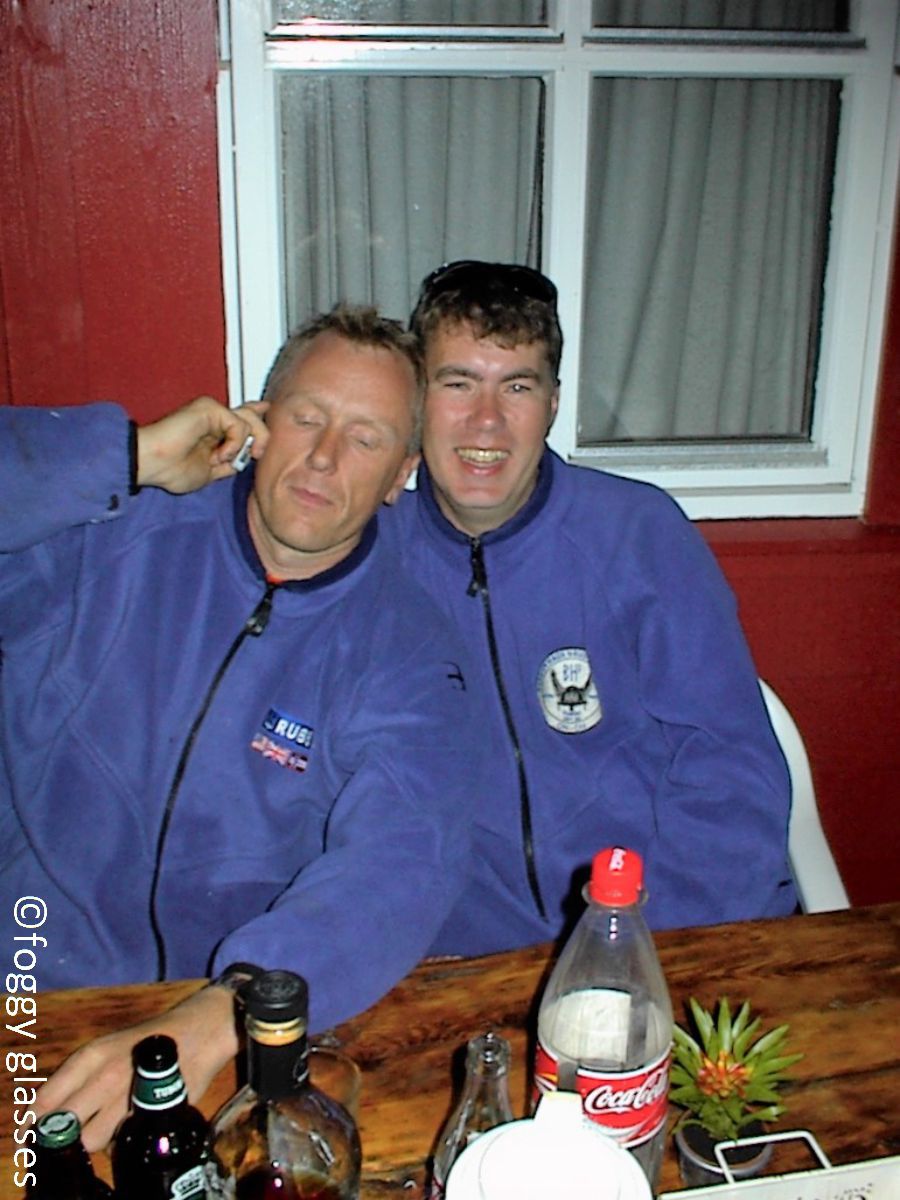 Please note that the information will be added as soon as it becomes available. 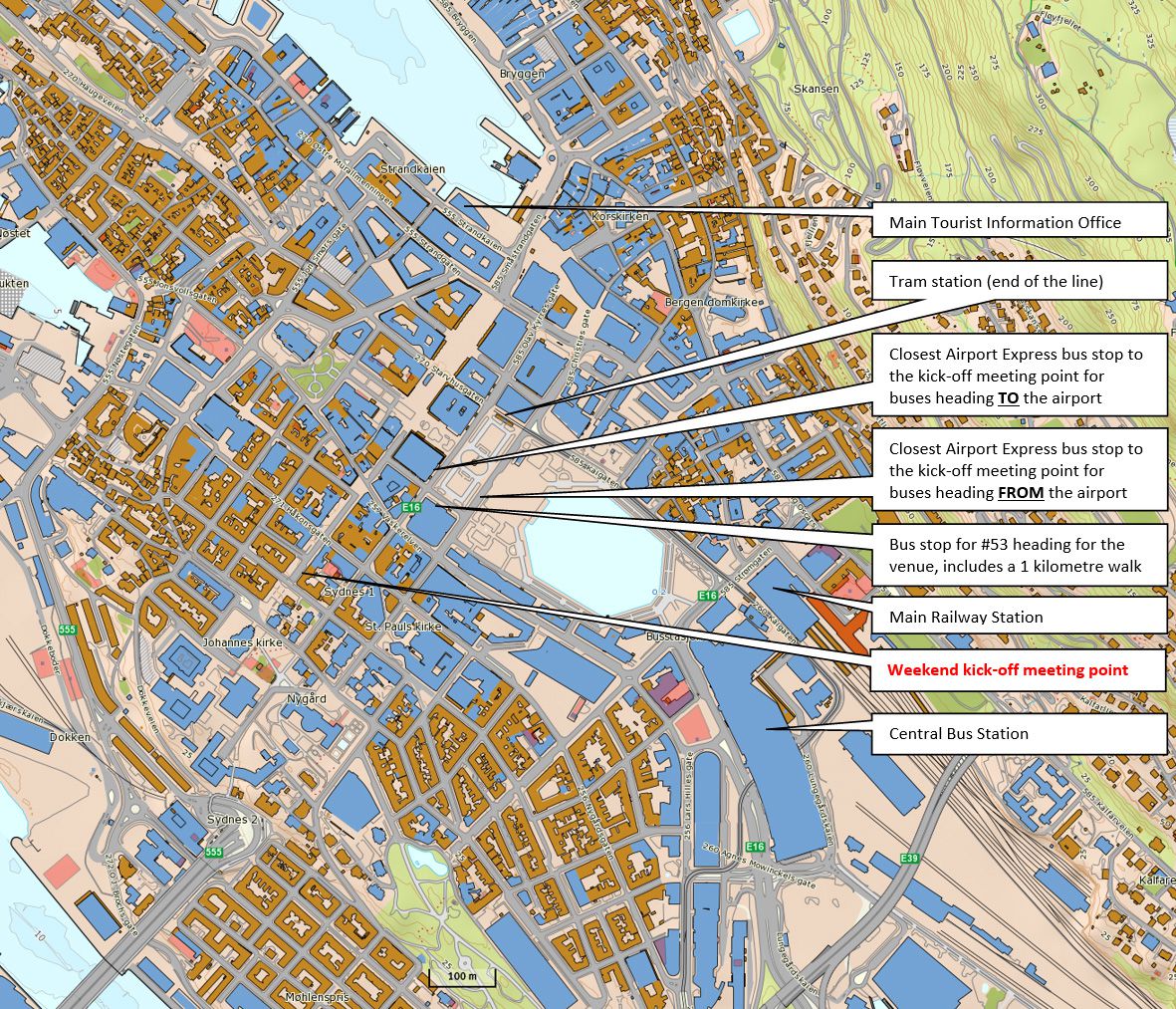