×
Go to content
Shortcuts to the True Trail
What is hashing?

In the Public Eye

IN THE PUBLIC EYE
Over the years BH3 has been featured a in various publications. The most amusing times have been when we have been mistaken for terrorists or thieves. There have also been articles describing hashing and Hash House Harriers in general. Below is a (small) selection that the Web Master has managed to collect since June 1998.
FEBRUARY 2018
In Bandit Country - On run #1369 we were noticed by the locals, as was the case when we were in the same area on run #1222. The following day there was a theft from a house and the local sheriff and Nordhordaland, a local newspaper, reported that gangs had marked houses worth breaking into by drawing strange markings on the roads in the area (article in Norwegian only). 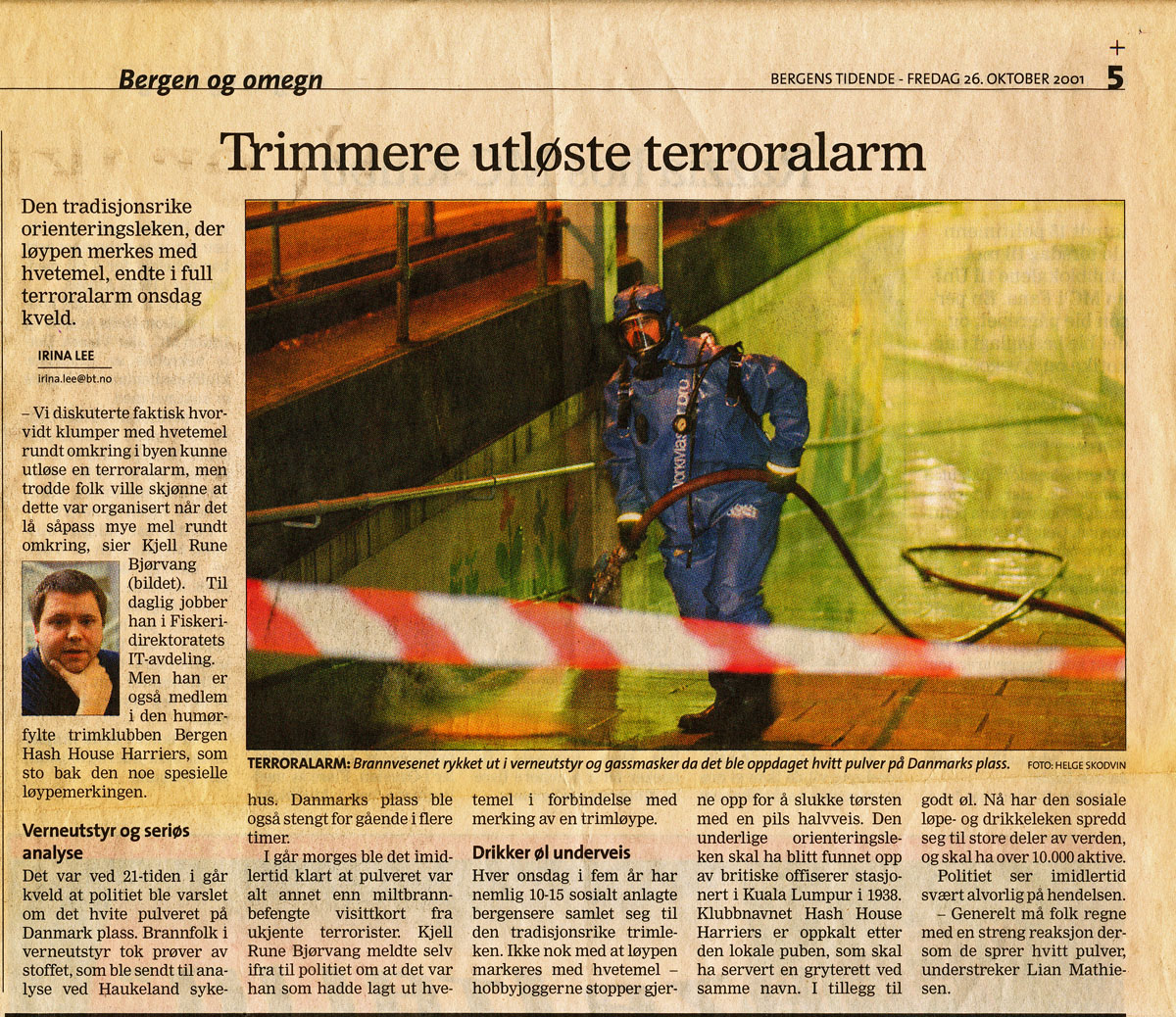 MAY 1999
Before BH3's presence was well established on the web, requests for information about BH3 were (sometimes) posted under 'Kunngjøringer' (announcements) in local newspapers.
JUNE 1998
Not even the Norwegian national football team playing in a World Cup match is enough to stop us running on Wednesdays, as was reported in a local newspaper (Bergens Tidende), when a journalist and photographer bumped into us leaving the drink stop on run #87. This was duly noted in an article the following day.
SEPTEMBER 1997

Before BH3 announced its presence to the hashing community on the World Wide Web, local newspapers were used to try to recruit new members. The GM announced the presence of BH3 in the classified pages ('rubrikkannonser') of local newspapers. The end-result was lots of monies spent but no new members joined up.